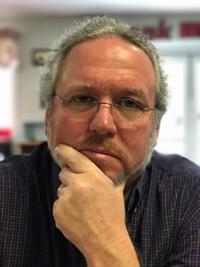 Bruce Rider has spent a lifetime in and around the real estate industry. Growing up in Michigan, Bruce’s family business was in both custom home building and real estate. Bruce has earned degrees from both Michigan State University (BS in Building Construction) and the University of Florida (MARE). Bruce and his family adopted Gainesville as their hometown in 1999.

Bruce has been involved in sales, leasing and property management of office, retail and restaurant property in Gainesville for the past 18 years. Since joining Bosshardt Realty Services Inc in 2006, Bruce quickly became a multi-million dollar producer and was named the Bosshardt “2006 Commercial Rookie of the Year.” Bruce served as the 2008 Gainesville Alachua County Association of Realtors (GACAR) Commercial/Investment Committee Chair. Bruce also earned his CCIM designation in 2008 and became a Vice President with Bosshardt in 2012. Most recently, Bruce was bestowed with the GACAR Commercial/Investment "Ironman" award for 10+ years of consistent, outstanding performance in the commercial real estate profession in Alachua County.