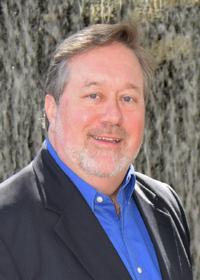 Eric has worked and served in the Volusia/Flager community since 1992, is a Daytona State College Alumni, studying business, has been a Florida Licensed Commercial Real Estate Agent for eighteen years and worked as a Florida Licensed Auctioneer in Real Estate for the past ten years. Eric also is a Certified Litigation Paralegal, has held his Life and Health Insurance License as a Broker, as well as with New York Life, obtained a Pilot’s License (expired) and was a long standing member of the Halifax Area Trade Council. Eric is Co-Chairman of the City of Deltona Economic Development Advisory Board, Chair for the West Volusia Regional Chamber of Commerce Government Affairs Committee and previously served on the Governmental Affairs Committee, the Grievance Committee and was Chair of the Commercial Council Operations Committee for the Orlando Regional Realtors Association. Eric is the Auctioneer for several Charitable organizations each year, such as the Halifax Human Society Christmas Gala Auction, the Living Legends of Auto Racing Annual Auction, Riverbend Academy’s Annual Scholarship Auction, Habitat For Humanity, Vince Carter Foundation and many others. Eric is a member of the National Association of Realtors, the Florida Auctioneers Association, International Council of Shopping Centers and is working on his CCIM designation. Eric was the Winner of the Realtor’s Got Talent Contest held at the National Association of Realtors Conference, November, 2011 and the Winner of the Orlando Regional Realtors Association “The Voice of Real Estate” Contest in July of 2012.